When I was down in Alexandra the other day, mum gave me an old piece of appliqué she’s had for ages, and asked it I could quilt it and turn it into a cushion cover for her.  So that’s what I spent yesterday afternoon doing (in between writing that ridiculously long blog post).

Stupidly, I forgot to take a before photo, so you’ll just have to be satisfied with photos of the finished object (you can just use your imagination for the before shot – it looked like this, but flat, and with no binding): 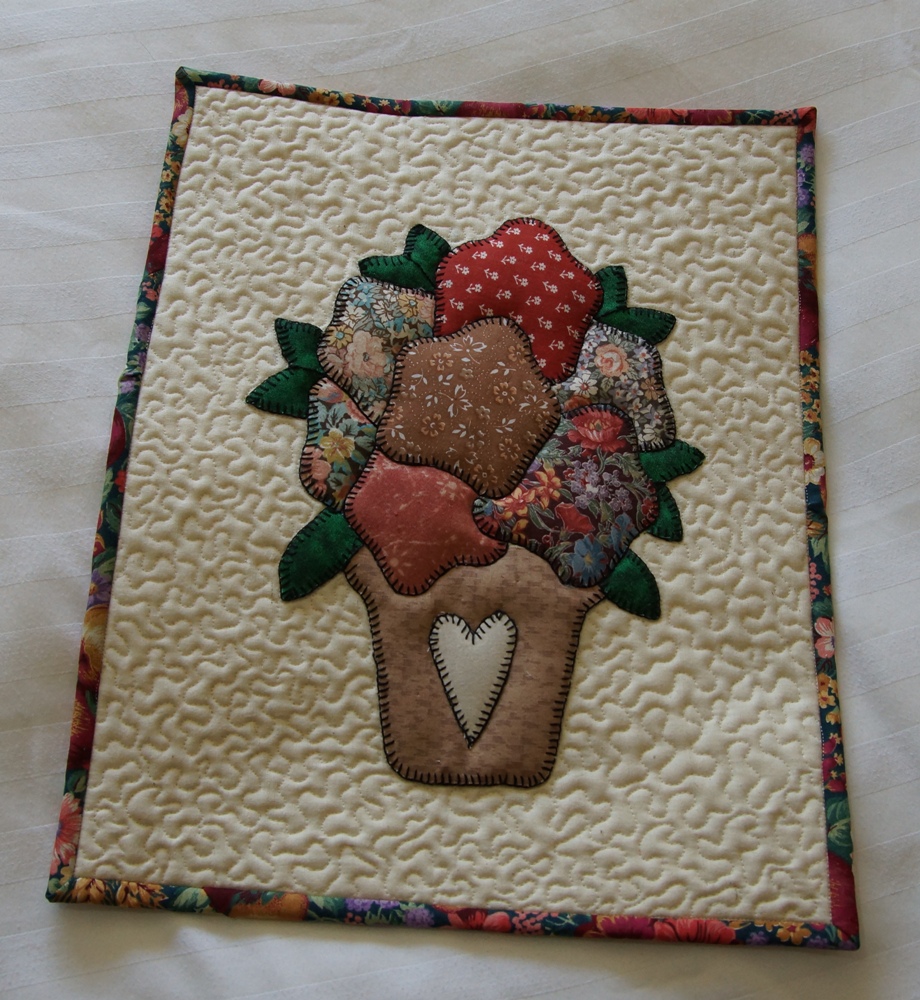 I wanted the appliqué to really stand out, so I used the same technique as with the skeleton, stitching in the ditch around the main elements, and then using a really dense quilting pattern for the background (possibly too dense – it’s a bit stiff for a cushion cover, really, but I wanted to keep the scale of the quilting really small to be in fitting with the size of the piece).  I found a scrap of super-high loft batting to use, so the flowers really puff out: 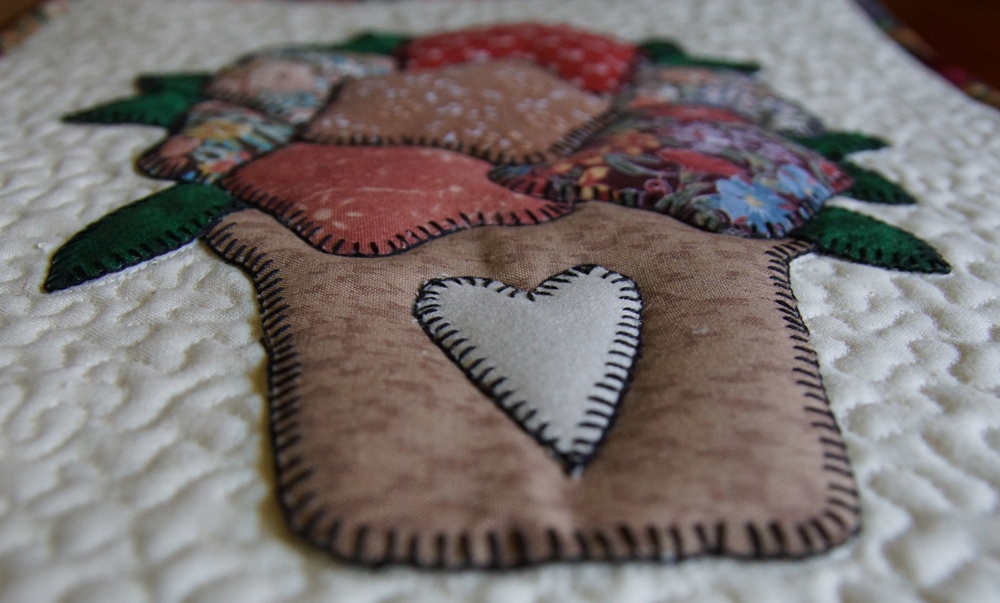 I even managed to find some fabric in my stash that matched the colours in the flowers almost perfectly, so I could give it a nice colourful binding to frame the picture.  I reckon it turned out pretty good. 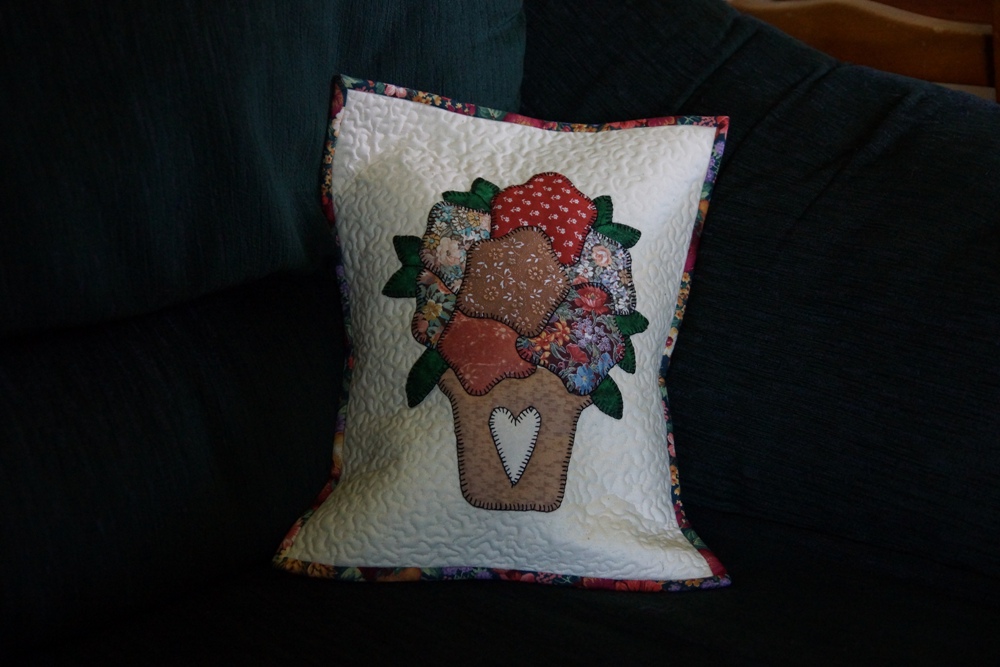 It’s a bit of a weird shape for a cushion (which is why it looks a bit strange here – I didn’t have a cushion the right size to fit it, so I just stuffed it quickly with an old towel for the photo), but the fabric was too small to square up, and adding extra borders on the sides would have looked strange, so it’ll just have to be a rectangular cushion.  I think it looks ok, anyway.

And it means that for once I’m showing off a completed project (even if most of the work on it was done by someone else), instead of a work in progress!

Hope you like it mum!  I’ll try and remember to take it into work tomorrow so I can post it to you.

4 thoughts on “Not all my own work”