ent to the Whole House Reuse auction last night with two of the CEISMIC team. It was a bit of a last minute thing – we’d talked about going to the auction way back when the project first started and we were archiving the catalogue of parts, but only realised yesterday morning that the auction was actually last night.  So it was a bit of a rush to get tickets etc, but we made it.

There were so many beautiful pieces in the auction!  Everything from large pieces of furniture down to delicate jewellery, all created from materials salvaged from the demolition, and all unique works of art.  Because there were so many pieces, they split the auction between a live auction and a silent auction.  Some of the major pieces in the main auction ended up going for thousands (and were probably worth it, but definitely way outside my budget!), and even some of the smaller pieces ended up in the hundreds (the auctioneers were very skilled, plus the charity aspect got people bidding a lot higher than they normally would), but the silent auction stayed more in my price range, so I stuck to that.

There was one thing I’d had my eye on since I’d seen them in the museum exhibition – Emma Byrne’s End Stacks (it’s lot 41, about half way down the page) – a set of stools/end tables made out of stacked wood. I was really hoping they’d sell them individually (I doubted I could either afford or find space in my house for the entire set!), and almost got my wish, because they had four lots of two stools each in the silent auction. I decided as long as the bidding didn’t get too high I could find a home for two stools, so I picked a lot at random to put a bid on, and spent the rest of the evening checking back as the bids crept up, and trying to keep my bid on top of one of the four lists. As the deadline for the auction got closer, there were four of us hovering around the stools, outbidding each other by a dollar or two at a time. Which would have been fine, except that one guy was obviously wanting four stools, because he kept bidding on two lots at a time. The bids were getting very close to the limit I’d set myself, so I was resigning myself to the fact I’d probably go home empty-handed, when the woman who’d just outbid me turned to me and said “Did you want both stools, or just one?” We quickly established we’d both be happy with just one stool, so decided to team up and split the cost. Which meant that suddenly demand exactly matched supply, all four people were going to get what we wanted, so the bidding stopped (though we all remained hovering, just in case any sneaky last-minute outsiders came in with a new bid (I offered to “accidentally” sit down on the bidding sheet (which was sitting on top of one of the stools) so nobody else could bid 🙂 )). But at last the auctioneer’s assistant came round to collect up the sheets, and we could all celebrate our collective win.

So I got my stool, the one thing in the exhibition I really wanted, and because we’d split the price I only had to spend $121 to get it, so stayed well within my theoretical budget for the evening.  Serious win!

Ok, so $121 might seem a wee bit expensive for a stool, but it’s almost solid rimu (and you can tell when you lift it – it weighs a tonne! Carrying it back to Lucy-Jane’s car was a bit of an effort), and as a unique(ish – the other stools in the set are similar, but each was slightly different depending on the pieces of wood used) artwork, and a really cool part of Christchurch history, I reckon it’s well worth it.  I’m very happy with my purchase 🙂

This whole having a weekend off thing is fun!  It’s meant I managed to finish off the last* bird of the Birds in Flight quilt-a-long, the thrush: 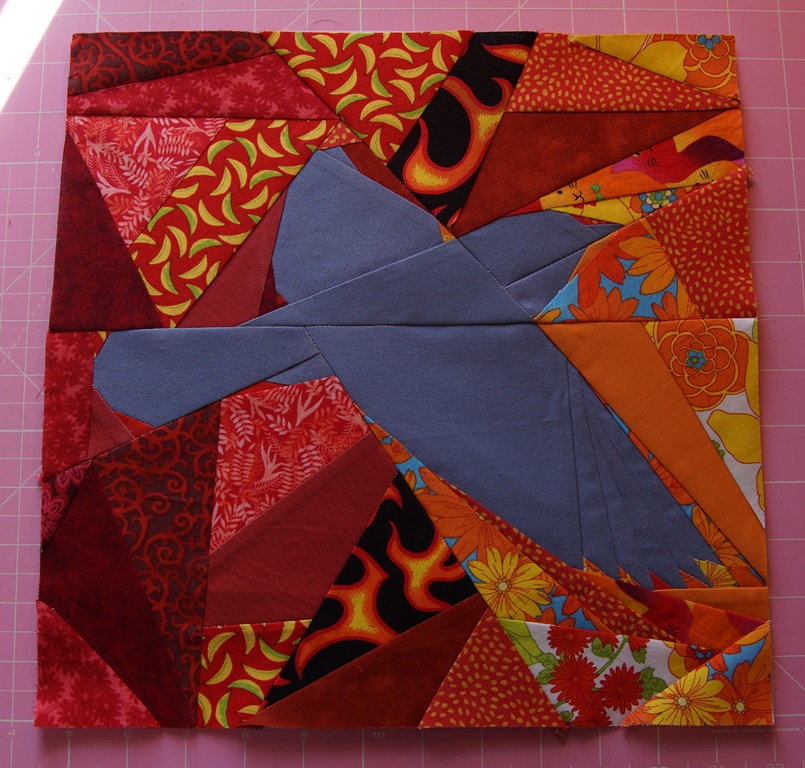 *well, technically the last. I still want to re-make the wren sometime with the colours going the right direction, so I’m not completely finished, but at least now I can say I’ve made all 15 birds.

irst term of the semester is over, and I handed my first big assignment in yesterday, so I can pause and relax – well, for a couple of days, at least.  I’ve got another assignment due in three weeks, so I’ll have to work on that over the break.  And of course, I’ll still be work working (which is still incredibly busy), so yeah, about the only thing that changes is that I don’t have any classes to attend for the next two weeks.  But I’m at least trying to have a break this weekend – I’ve purposely left all my books and notes at work, and am so far avoiding the temptation to just pop into the office for an hour to check that one thing (Harvestbird threatened to call security and have them cut off my door access for the weekend, to make absolutely sure I didn’t do any work 🙂 ), so maybe I’ll get a chance to actually relax a bit.  Of course, given how intensely I’ve been working for the past few weeks (I stay late at work (because it’s easier to access the linguistics software I need from there) to study for an hour or two most evenings, plus at least one full working day at the weekend (the rest of the weekend is usually devoted to essentials like cleaning the house, buying groceries, and sometimes even finding an hour or two to catch up with friends)), it’s going to take me most of the weekend to get myself out of total panic I-have-so-much-to-do-and-no-time mode, so I should start feeling semi-relaxed around Sunday night, I reckon, just in time to go back to work on Monday and be right back into it.

But in the meantime, a couple of days of freedom! 🙂

And to make the weekend even nicer, it’s a lovely sunny day after a couple of weeks of rain.  It’s not really warm enough yet to have all the windows open, but I have anyway, just to make the most of that tiny hint of spring in the air.

Talking of tiny hints of spring, look what I spotted in my (rather messy – must give the lawnmower guy a call) lawn yesterday: 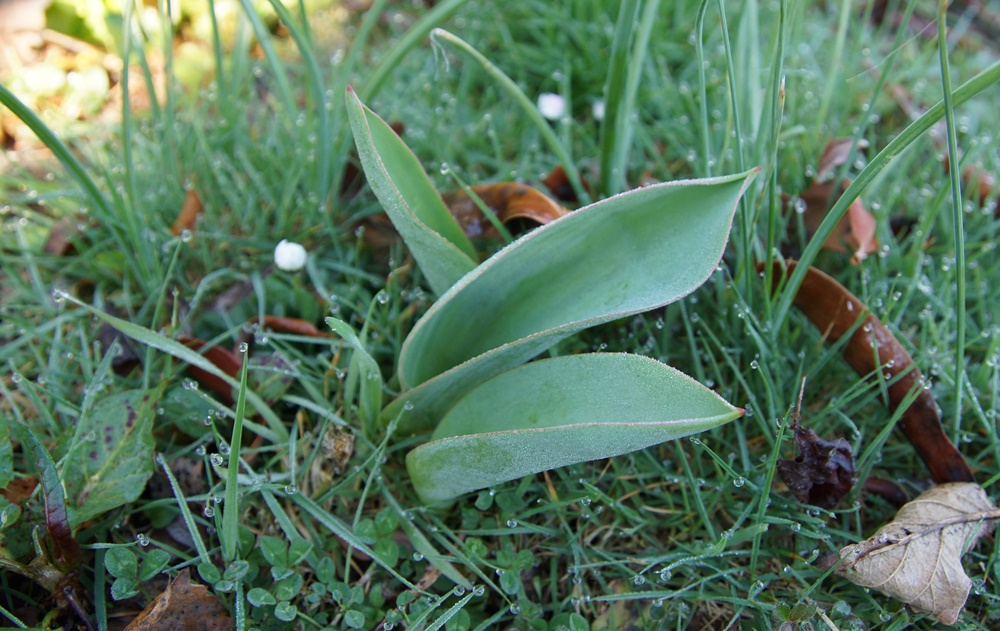 Yep, those are tulip leaves!  The lawn may not be the usual place to grow tulips, but that’s because that part used to be a flower bed, but some years ago I gave up on pretending I would ever manage proper gardening and let it all convert to lawn.  I obviously missed a few bulbs when I dug out the plants, because every couple of years something will pop up unexpectedly.  They don’t always survive as far as actually flowering (generally because I forget to warn the lawnmower guy so he mows over the top of them…), but just seeing the leaves is like a promise of spring.