Got back from Ireland a week ago, but between jet-lag, the inevitable cold I caught on the plane, visitors, catching up with work and study, and of course graduation (I’ve got my BA!!!) I’ve only just managed to finish the release notes from the trip, let alone transcribing my travel journal.

Hopefully I’ll be able to grab some time during the week to start typing it up, but in the meantime, here’s the full list of releases, which gives you a taste of where we went:

Saturday 24/3/12
Sydney meetup
Xenophobe’s Guide to the Kiwis by Christine Cole Catley and Simon Nicholson
The Book Boy by Joanna Trollope
Test Your Cat: The Cat IQ Test by EM Bard
A Passion for Chocolate by Pamela Allardice
Various Miracles by Carol Shields

Glendalough
Blessed Are the Cheesemakers by Sarah-Kate Lynch

Wicklow
A Question of Proof by Nicholas Blake

Arklow
The Sea, the Sea by Xenophon

Ardmore
Falling for You by Jill Mansell (caught)

Birr Castle
The Eye in the Door by Pat Barker (caught)
My Garden (Book): by Jamaica Kincaid

Ring of Kerry
Ready or Not? by Chris Manby

Kilarney
The Company of Strangers by Robert Wilson

Lisdoonvarna
Three Girls and Their Brother by Theresa Rebeck

Bluestacks hostel
Take a Look at Me Now by Anita Notaro
When the Boys are Away by Sarah Webb
Ambition by Audrey Howard
Naomi and Ely’s No Kiss List by Rachel Cohn and David Levithan
Darkening Echoes by Carol Smith
A Gathering Light by Jennifer Donnelly
The No. 1 Ladies’ Detective Agency by Alexander McCall Smith
The Partner by John Grisham

Donegal
Cursed Be the Child by Mort Castle

Thursday 12/4/12
Given to Cinnamon-quill:
Benny and Omar by Eoin Colfer

Clonmacnoise
The Tower on the Rift by Ian Irvine

Sunday 15/4/12
Flashmob:
The World According to Clarkson by Jeremy Clarkson (caught) 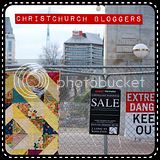